How to know if your workplace communication is lacking 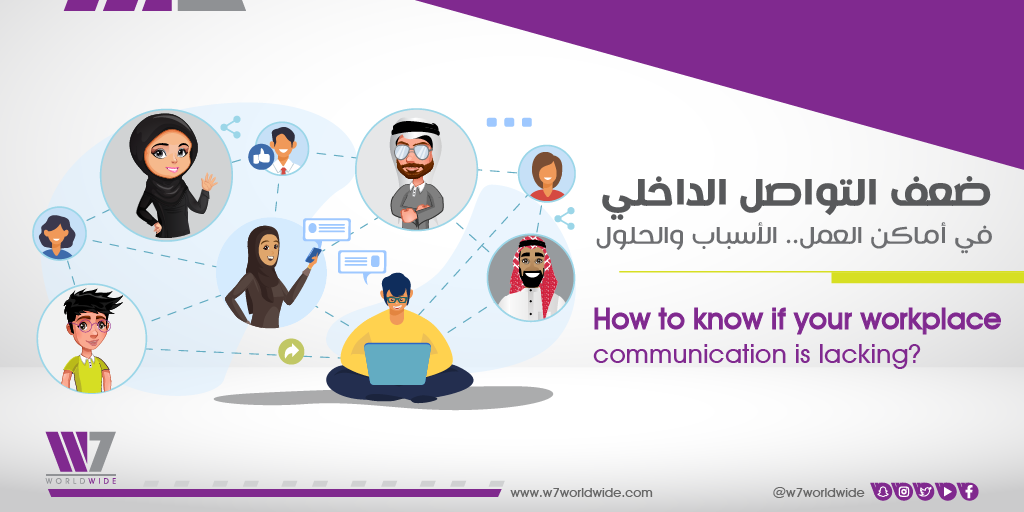 Poor communication in the workplace can mean anything such as unclear instructions from the boss, a lack of cooperation and understanding between colleagues, or unproductive meetings that are only a waste of time. It is a general feeling that an employee experiences when he does not know what is going on in the office or why he is doing a particular task.
Such a lack of communication can have tremendous impact on the functioning of the organization. While a message not conveyed properly once might be considered to be a thing of no significance, this communication gap can snowball into larger problems affecting all areas of the business.
Most of the times the problem of ineffective communication goes undiagnosed because either you are too busy to notice or you are just not able to identify the signs of poor communication. Let us examine some of the indicators of poor communication in the workplace:

Underperformance: This includes delays or failure to complete a project or meet a deadline. Clear communication is key for project assignment, in the absence of which there is bound to be confusion, duplication, unmet deadlines, and eventually hard work that goes to waste. If the manager does not properly communicate what he wants and if the employee does not ask to clarify what he needs to deliver, then there will be a finished project that does not meet the expectations of the boss, resulting in disappointment at both ends.

Lopsided conversation: Communication is a two-way street. One gives out the message, the other receives it. A wholesome communication is one where the receiver understands the message and responds to it. A sure shot way to identify poor communication is when only one party is dominant in the conversation. For example, a manager who goes about giving instructions, assigning projects, fixing meetings, etc. – while receiving no feedback from the employees. It could be the other way round as well, when employees operate in isolation, doing their own thing, setting their own goals, with occasional communication with the boss or none at all. Both models are destined for failure.

Mismatched priorities: As a manager, it is important that you are crystal clear about your goals and priorities so that your employees are on the same page as you. This would help them know which task to prioritize and which one can wait until later.

Technology: Yes, believe it or not – technology is not always a solution to the problem; it can also be the problem itself. Emails, texts, and other forms of instant messaging result in miscommunication more often than not. This is because written messages are devoid of any body language, emotion or vocal tone, making it difficult for the recipient to receive the message as it was intended. Many people do not even read the entire message when it is in the written format.

Revenue loss: Communication among workers and bosses effects the level of productivity within an organization. A direct result of a lack of communication is a lack of teamwork, which in turn affects performance and ultimately, the revenue of the company. Author David Grossman in his book, The Cost of Poor Communications, reported that in a survey of 400 companies with 100,000 employees, each cited an average loss per company of $62.4 million per year because of poor communication among employees. Another writer Debra Hamilton found that miscommunication cost even smaller companies of 100 employees an average of $420,000 per year.

With a specialized PR company to the rescue, there are ways to improve communication and prevent conflict in an organization. The first step is to assess where communication works and does not work, and act accordingly in order to connect more effectively with the employees.